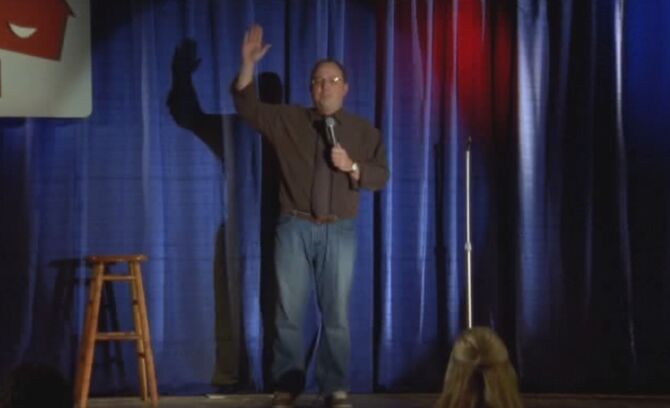 "Ah, it's like Brent's got this whole other life. He's a stand up comedian, he's got a girlfriend..."
―Hank

"It's my birthright. You've given me a very special gift, all my funniest stories are about you."
―Brent to Oscar

"That makes no sense. I mean, at your age going off to do some sort of cabaret routine. You shouldn't be trying new stuff. You should be stuck in a rut with a wife and kids."
―Emma to Brent

"Why the hell settle? We never settled. I'm a paper boy one week, you teach piano the next. The next week Lacey's a hockey coach, Wanda's a real estate agent, Hank's an accountant, the cops have a radio show. We all try new things."
―Oscar

"To Brent. Not doing anything, not going anywhere."
―Lacey

Add a photo to this gallery
Retrieved from "https://cornergas.fandom.com/wiki/You%27ve_Been_Great,_Goodnight?oldid=21781"
Community content is available under CC-BY-SA unless otherwise noted.