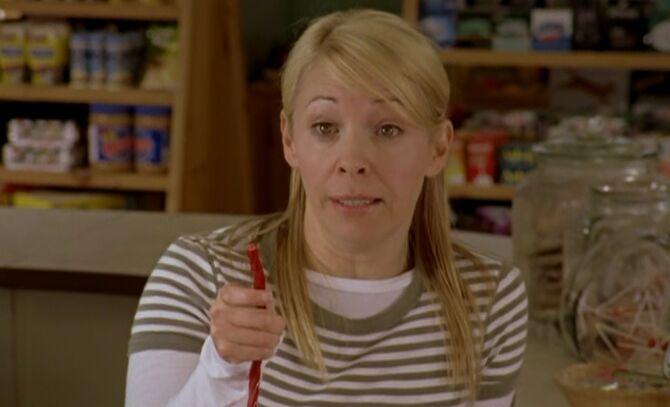 "Does that ever look like my telescope. Oh, except this one's got two extra knobs."
―Wanda to Brent and Hank, "Telescope Trouble".

"I can't hear you, you can't really talk. You're just a piece of candy."
―Wanda to licorice, "American Resolution".

Retrieved from "https://cornergas.fandom.com/wiki/Wanda_Dollard?oldid=21862"
Community content is available under CC-BY-SA unless otherwise noted.