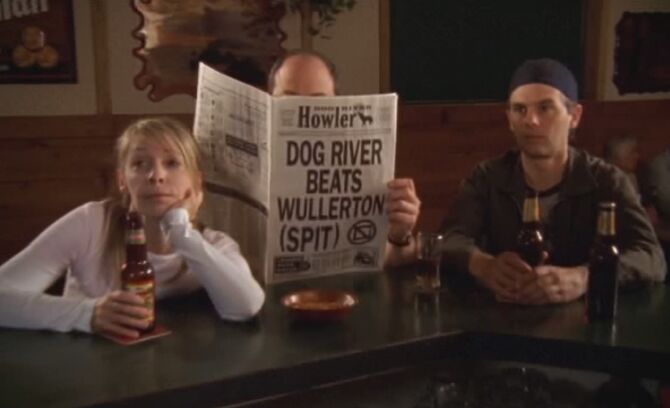 "Yeah, 'cause that's what Saskatchewan needs, another classic rock station. Maybe we could call it "The Bear" or "The Goat" or "The Moose.""
―Davis

Add a photo to this gallery
Retrieved from "https://cornergas.fandom.com/wiki/TV_Free_Dog_River?oldid=20621"
Community content is available under CC-BY-SA unless otherwise noted.