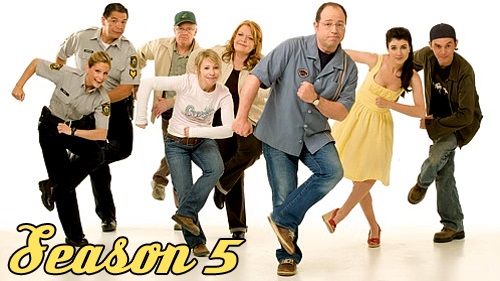 Season 5 of Corner Gas featured 19 episodes, premiered on September 24, 2007 and concluded on April 21, 2008. Classical Gas and The Accidental Cleanist accidentally premiered on The Comedy Network before their scheduled CTV premieres. It was released on DVD in September 2009.

Retrieved from "https://cornergas.fandom.com/wiki/Season_5?oldid=19690"
Community content is available under CC-BY-SA unless otherwise noted.