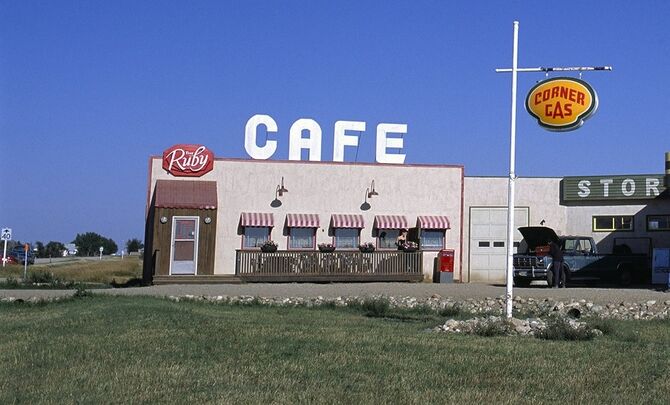 "No offense Lacey, but maybe we just won't buy your stupid sandwich. Your stupid yet delicious sandwich."
―Wes, "Hero Sandwich".

"But I thought everyday was a birthday at Lacey's shack of insanity."
―Davis, "Happy Career Day to You".

Retrieved from "https://cornergas.fandom.com/wiki/Ruby_Cafe?oldid=21766"
Community content is available under CC-BY-SA unless otherwise noted.