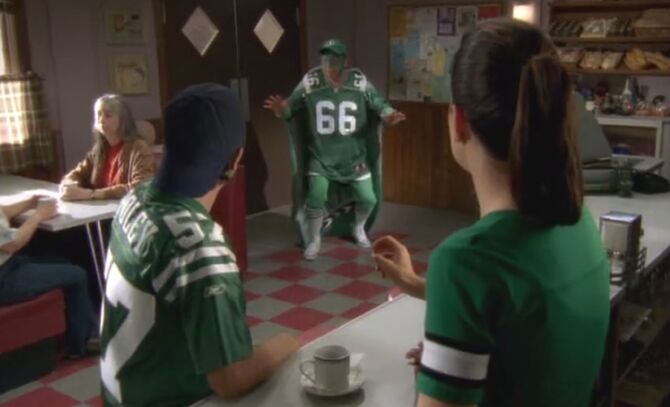 "Well, don't let me stop you. Enjoy your smut book."
―Emma to Karen

"Until last week, Lacey thought the players went into a cuddle before each play. And Hank only wants to wear that green face paint so he doesn't have to shower."
―Brent

"Look, I know the deal. You get your jollies reading dirty books to seniors."
―Alice to Karen

Add a photo to this gallery
Retrieved from "https://cornergas.fandom.com/wiki/Reader_Pride?oldid=21257"
Community content is available under CC-BY-SA unless otherwise noted.