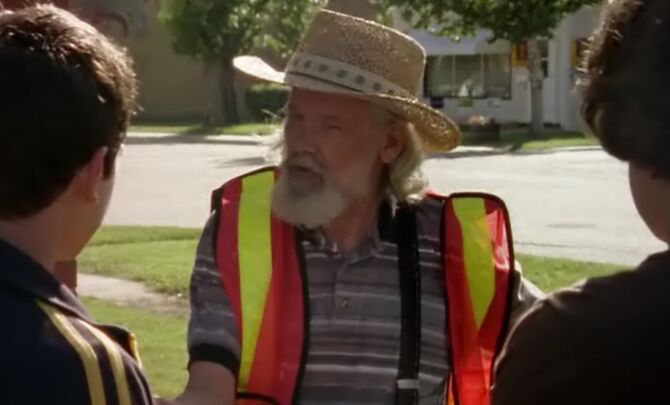 Pete "Travis" Stevens lives in Dog River and for a time, in Regina. He transitioned from farmer (and a member of the Harvesters Club), to crossing guard, became homeless and then landed back in Dog River. He's portrayed by Bill Hugli.

Retrieved from "https://cornergas.fandom.com/wiki/Pete_Stevens?oldid=19021"
Community content is available under CC-BY-SA unless otherwise noted.