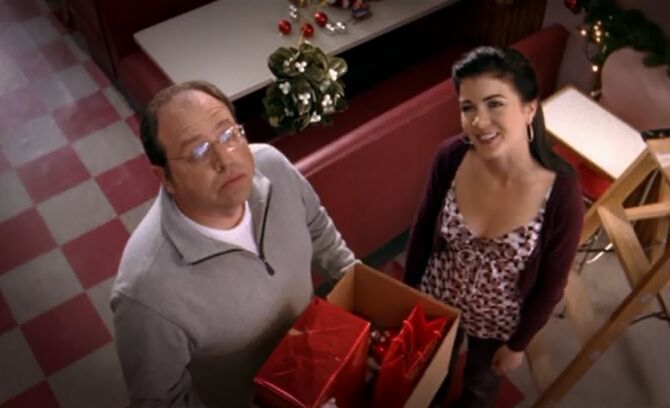 "Why are you trying to wreck Christmas? That's Dad's thing."
―Brent

"It's terrible. Mom's makin' real food, right on the stove. They got a new tree. It's made outta wood. Wood! This could be the worst Christmas ever."
―Brent

Add a photo to this gallery
Retrieved from "https://cornergas.fandom.com/wiki/Merry_Gasmas?oldid=16656"
Community content is available under CC-BY-SA unless otherwise noted.