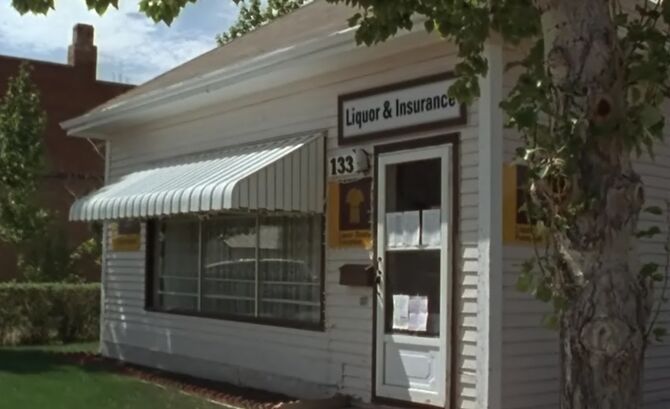 The Liquor & Insurance store is located on Main Street in Dog River and is owned by Wes Humboldt. Its first appearance is in the Season 1 episode "Cousin Carl".

Retrieved from "https://cornergas.fandom.com/wiki/Liquor_store?oldid=21763"
Community content is available under CC-BY-SA unless otherwise noted.