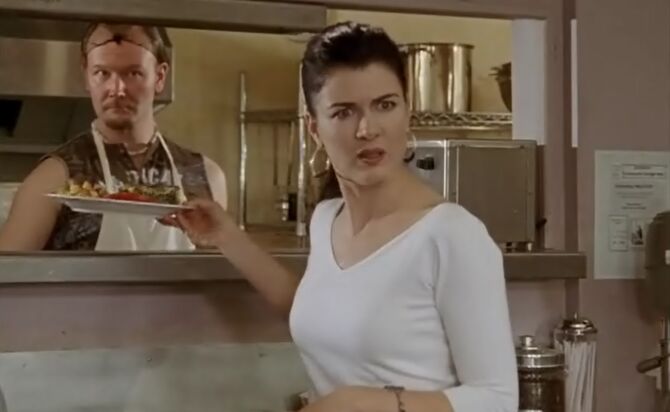 "Brent as Lacey's boyfriend. Now that's something I'd like to see."
―Wanda, "All My Ex's Live in Toronto".

"Well, I hate to say it, Lacey. But in this particular case, you're the dingle."
―Wanda, "Hair Comes the Judge".

"That was blue shirt Brent. Black shirt Brent would eat crunchy peanut butter right off a spoon. No bread. He's a bad boy and you like it."
―Wanda to Lacey, "Dark Circles".

Retrieved from "https://cornergas.fandom.com/wiki/Lacey_Burrows?oldid=21873"
Community content is available under CC-BY-SA unless otherwise noted.