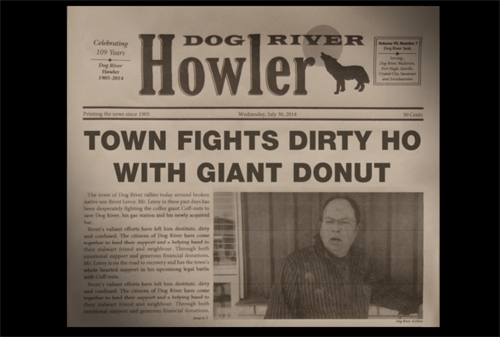 "The guy who runs the paper is desperate for a story."
―Brent, "Ruby Reborn".

"Are we at war with Switzerland again?"
―Brent mentioning a Howler article, "Safety First".

"This is the Howler after all. The info is sketchy at best."
―Brent, "Hero Sandwich".

"You'd have to be an idiot to take the Howler seriously."
―Wanda, "Key to the Future".

Retrieved from "https://cornergas.fandom.com/wiki/Howler?oldid=21813"
Community content is available under CC-BY-SA unless otherwise noted.