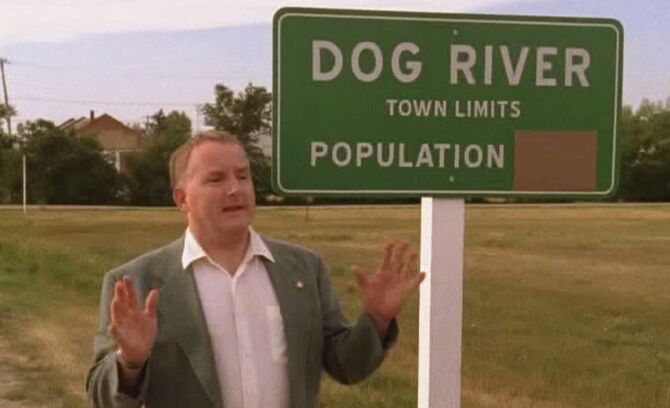 "It's got soy. That's like the anti-nougat. If nougat and soy were ever to touch, we'd all be vaporized."
―Brent

"Folks on the highway need to know how many people they're driving past."
―Brent

Add a photo to this gallery
Retrieved from "https://cornergas.fandom.com/wiki/Census_Sensibility?oldid=21242"
Community content is available under CC-BY-SA unless otherwise noted.