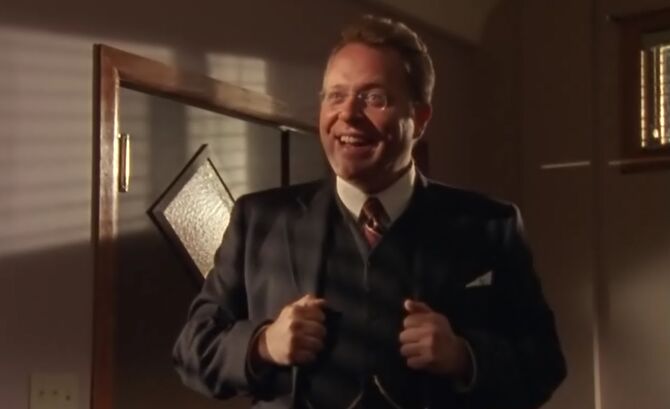 Carl Vaughan is Brent's cousin who formerly lived in Dog River but became a successful businessman based in London, England. Brent is jealous of Carl's success and believes that Carl looks down on those in his birth place, despite Carl not showing it. During high school, Brent and Carl had a comedy routine where Brent played "Sheckle", a Catskills comedian, and Carl played Dr. Jekyll and Mr. Hyde.

Add a photo to this gallery
Retrieved from "https://cornergas.fandom.com/wiki/Carl_Vaughn?oldid=7063"
Community content is available under CC-BY-SA unless otherwise noted.